The Honorary Fellow is a award that is given by the IFPUG board for outstanding contribution to IFPUG. Recently it has unveiled the 2018 awards given to volunteers that have greatly influenced the position that IFPUG is in and contributed to its success over a period of many years. 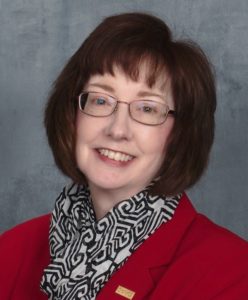 Ms. Bonnie Brown is without a doubt one the people in the industry with the most detailed knowledge about IFPUG Function Points and its usage within the industry. She has been part of the Functional Sizing Standards Committee (FSSC), and its predecessor, the Counting Practices Committee (CPC) for almost two decades. Her outstanding work and dedication have been instrumental in keeping Function Point Analysis relevant for its users. Bonnie has served as author and editor of IFPUG Case Studies 1 – 4, IFPUG Counting Practices Manual (CPM) 4.2, CPM 4.3, and various white papers, iTips and uTips.

Bonnie is one of the rare people who is detail-oriented and committed to the high-quality work of the Functional Sizing Standards Committee (FSSC). Bonnie’s ability to combine hard work, leadership, team work and people skills makes her a highly appreciated volunteer for IFPUG.

Bonnie has over 20 years of experience in Information Technology, supporting clients in automotive, healthcare, and federal, state and local government. She received a B.S. from Ferris State University in Computer Information Systems. Bonnie lives in southeast Michigan with her husband, Brian, and their two dogs. She served on the Board of a local non-profit, which serves the needs of homeless and near homeless in her community. She is also active in her local church, serving in various ways. In her free time, she enjoys reading, baking, walking her dogs and working in the yard. 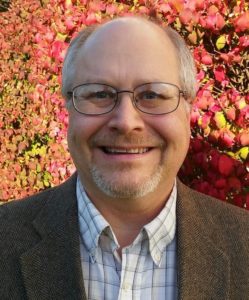 Greg is one of these volunteers that has put in a lot of hours of work for the benefit of IFPUG by ensuring that the integrity and rules for CFPS have been followed. Even though a lot of us might not have noticed, our questions related to the exams have been answered by Greg. Today, Greg is the Chair of the Certification Committee, almost 10 years after he first took the position in April 2010. His commitment and dedication to the position is outstanding.

Greg enjoys reading, going to movies, camping and being active in his grandkids lives. Living near the mountains is what recharges his batteries.  He keeps busy visiting small towns in the Rockies and doing “14ers,” which is what the Colorado natives call mountains that are 14,000 feet or higher.

By awarding Bonnie Brown and Greg Allen the 2018 Honorary Fellow designation, IFPUG is recognizing their commitment as a volunteer and their contribution to the success of IFPUG. Congratulations to them.